Don’t compromise speed and accuracy for ease of integration, get it all with Contrast Security!

While Snyk’s products (and other developer-first security tools) offer multiple integrations for ease of use, they ultimately fall short when it comes to the speed and accuracy of scans, often unable to support beyond the development phase.

With Contrast Security, developers can push code with confidence by gaining access to our patented AST solution, which provides unmatched speed and accuracy of scans, plus multiple integrations with the world's most utilized developer tools. AST also goes beyond by providing an added level of security during the production phase. AST unifies developers, security and operations with a single platform solution that provides Serverless, SCA, SAST, IAST and RASP, effectively securing code throughout the software development lifecycle (SLDC) with unmatched speed, accuracy, and integrations.

Contrast has been securing the code of Fortune 500 companies for years. Both developers and AppSec professionals alike trust Contrast to find vulnerabilities and deliver innovative code security for their organizations. Learn more about why Contrast is the security platform of choice. 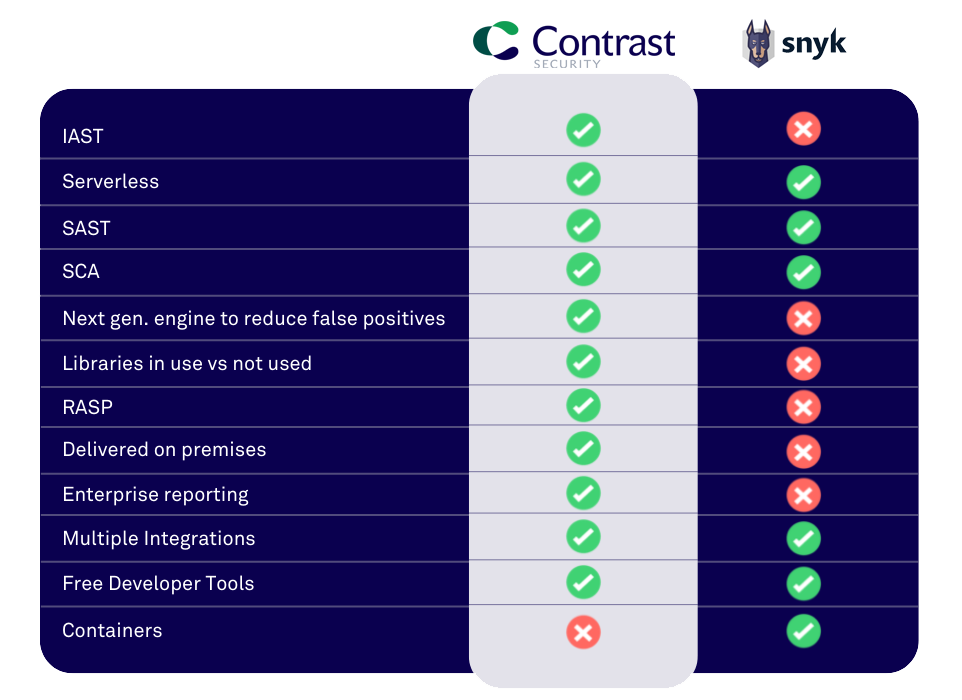 See how Contrast compares to other security vendors: https://www.contrastsecurity.com/contrast-vs-competition