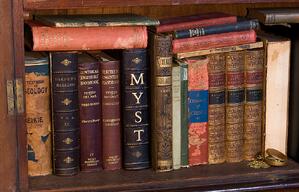 Unused libraries are like weak floors in a part of the house that's inaccessible. There's no risk. Because if an attacker can invoke arbitrary Java code, they already pwn you. However, for the parts of these libraries that your application actually uses, Contrast finds vulnerabilities in this code since its included in Contrast's analysis process. Static analysis can't do that because they ignore libraries, and dynamic analysis is extremely unlikely to find such vulnerabilities because they are so deep in the application execution.

A Rainbows and Puppies Example

So imagine you use a library called superAwesome4j.jar which has a method that looks like this:

You've effectively created a wrapper around Runtime.exec that makes it invisible to static analysis tools. It's also invisible to the developer. So the innocent developer calls....

Look at their code -- it looks safe.  I love rainbows and puppies.  They're Super Awesome.  But they are pwned. And that's something Contrast can help with.

How Contrast Monitors Your Code

Since Contrast monitors the execution of every single line of code that your application executes, regardless of where that code came from, it will easily detect that this seemingly safe rainbowsAndPuppies() library method is subject to command injection. It will then point out exactly where this problem is introduced in this library so you can report the issue to the library provider to get it fixed, and also add mitigating controls in your application, such as strong input validation or simply avoiding this vulnerable method, to ensure that your application is safe, even if the underlying library is vulnerable.

This same capability means Contrast is also great at analyzing third party applications that you don't have the source code for at all. Again, Contrast doesn't care where the code comes from, or whether you even have access to the source code at all. Contrast will point out exactly where in the code each vulnerability is introduced, regardless of its source or pedigree.

So there is the three-part series about libraries and application security, covering the basics of known and unknown vulnerabilities, and unused portions of used libraries.

If you're looking for more information, download this free whitepaper by Jeff Williams and Arshan Dabirsiaghi. Titled, "The Unfortunate Realities of Insecure Libraries", it ran an experiment with our good friends at Aspect Security & Sonotype. We don't want to give away the ending (we all hate spoilers) we'll just say it's worth the read. Speaking of which, thanks for reading.

Dave has over 20 years of experience touching all aspects of secure software development for high assurance projects. A founding member of OWASP and current Board Member, Dave has contributed his expertise to many free and open tools, including the OWASP Top Ten, Enterprise Security API (ESAPI) and WebGoat. As a foremost expert in application security, Dave teaches secure coding practices to a worldwide clientele, including sectors of the Department of Defense and the Federal government. Dave began his career as a computer security consultant assisting DoD clients such as the NSA, U.S. Navy, U.S. Army and product vendors selling into the defense market. Dave holds a B.S.E in Computer Science from Arizona State and a M.S in Computer Science from the University of California at Davis and is a CISSP. A history buff, Dave enjoys genealogy, and discovered that he is a descendant of Pocahontas.
previous post
Libraries & Application Security, Part 2: Unknown Vulnerabilities
next post
Went To AppSec California 2014. Tried Contrast. Here's My Story.