The VAR Guy: When It Comes to Cybersecurity, Both Candidates Disappoint

Last night’s presidential debate raised a lot of eyebrows on a multitude of subjects. This morning, everyone has an opinion.

Nearly buried in the verbal jousting over tax returns, President Obama’s birth certificate and trade organizations was a short conversation on what the government’s approach should be to cybersecurity. We reached out to several experts to gauge reactions to the candidates’ responses. 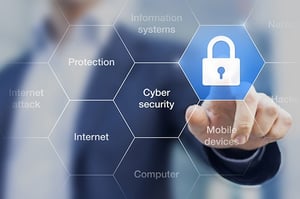 Jeff Williams, CTO at Contrast Security, pointed out that Trump actually managed to somehow stumble across this point in his talk about ‘the cyber':

“It’s known as the ‘attribution problem,’ and in a nutshell it means that it’s insanely hard to figure out exactly who is responsible for a cyber-attack. He argues that this happened because of President Obama and implies that we have lost control, but the truth is that this is a problem that is endemic to the Internet and has been for a long time.”

Both Clinton and Trump, it seems, want to walk tall and carry a big stick without knowing even what they should be swinging at.

For more in depth analysis, you can read the rest of Kris Blackmon's article here.