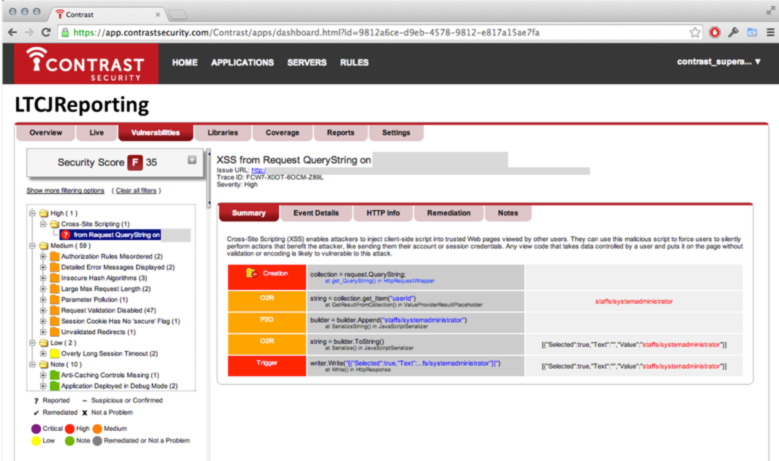 Yesterday we (Contrast Security) announced availability of our Contrast agent for Microsoft .NET. We wanted to first take this opportunity to thank our Beta testers, developers, and everyone else involved in getting this incredibly useful product to market.  It was a big effort and a major achievement for the company. It, of course, won’t be the last platform we’ll support.  There is more on the way.

Microsoft applications are in many ways no different from Java applications; they can be coded with many of the same security flaws that, as we’ve seen in the beta tests, can go undetected for years.What’s different about Microsoft .NET is the lack of tools that specifically understand the details of .NET running code to accurately identify security flaws.  I won’t go too deep into that, Jeff Williams, our CTO, covers it in his own blog post.

As an agent extension to the existing Contrast SaaS and on-site software platform, there is nothing new for Contrast customers to buy or learn, .NET applications are automatically discovered after a simple agent install and the results of our continuous run-time analysis are presented in the existing Contrast Team Server console in exactly the same way as for Java.

Again we would like to thank everyone who helped us get Contrast .NET into production. Give Contrast .NET a try and let us know what you think in the comments. It is available now at app.contrastsecurity.com if you already have an account and through our on-site Enterprise software.  Please let us know and we’ll walk you through a quick demo.

Interview: Bradley Schaufenbuel, Director of IS at Midland States Bank

Why Do I Need Another Application Security Tool?