Third category of application security tools beyond "static" and "dynamic"? 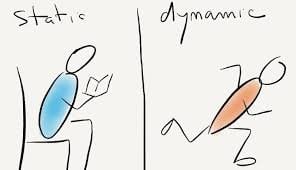 The problem, as usual, is naming. What we call DAST means that an application is scanned with HTTP requests in a quest to reveal vulnerabilities based the HTTP responses generated.  What we call SAST means analyzing application code. Putting the names aside, these two techniques don't nearly cover the possible universe of ways to analyze an application's security.

An alternative way of thinking about the problem...

I wrote an article in 2014 to explain why the terms "static" and "dynamic" are misleading.  I proposed an alternative way to organize your thinking about applications security tools.  Instead of  thinking of tools as static or dynamic, let's classify them by what information they have available to make decisions.

Interactive (IAST) tools, like Contrast, have access to all the information listed above because they work from inside the application itself. This information advantage is why they boast much greater accuracy than SAST or DAST tools.

It's important to remember that you need all this information during the analysis. You can't get the same results by running a bunch of 1-dimensional tools separately.  I call this failed approach "tool soup."

The path to effective application security analysis is using all this information together in a unified analysis. Contrast's CSRF rule, for example, takes advantage of HTTP headers, control flow analysis, and backend connection information. You can find out more in an article I wrote about this combined analysis technique.

Jeff brings more than 20 years of security leadership experience as co-founder and Chief Technology Officer of Contrast. Previously, Jeff was co-founder and CEO of Aspect Security, a successful and innovative application security consulting company acquired by Ernst & Young. Jeff is also a founder and major contributor to OWASP, where he served as the Chair of the OWASP Board for 8 years.
previous post
Waiter… there’s a fly in my appsec tool soup!!!
next post
Contrast releases new open source integrations to transform DevOps into DevSecOps