We are proud to announce that Contrast Security has been named a Silver Stevie Award winner for Best Business Technology Software - DevOps Solution in the 17th annual American Business Awards.

More than 3,800 nominations from organizations of all sizes and in virtually every industry were submitted this year for consideration in a wide range of categories. This award recognizes Contrast Security’s unique approach to advancing software security for the modern software era. The American Business Awards are the U.S.A.’s premier business awards program, where more than 200 professionals worldwide participated in the judging process to select this year’s award winners.

The win follows an impressive year for Contrast including our recent $65 million Series D funding in February 2019, bringing the company’s total funding raised to $122 million, and being identified as the only vendor in the “Visionary” quadrant for the 4th consecutive year in Gartner’s Magic Quadrant (MQ) for Application Security Testing (AST) for 2019.

“The nominations submitted to The 2019 American Business Awards were outstanding.  They illustrate the continued vibrancy of innovation and high level of achievement across the American economic landscape,” said Michael Gallagher, president and founder of the Stevie Awards.

Details about The American Business Awards and the list of 2019 Stevie winners are available at www.StevieAwards.com/ABA.  Winners will be celebrated and presented their awards during a gala event on Tuesday, June 11 at the Marriott Marquis Hotel in New York. Tickets are now on sale. The presentations will be broadcast via Livestream.

About the Stevie Awards 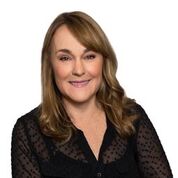 Robin’s over 15 years in cybersecurity marketing have been focused on driving revenue, building brand recognition, and enabling sales teams in technology organizations. Her areas of expertise are team management, field marketing, communications and technology events strategy.

Contrast Protect + WAF: A Day in the Life of a User