What is this report: This report summarizes Contrast Labs' analysis of real world application attack data from June 2019. It utilizes data from attacks that Contrast observed over the previous months and highlights the key trends found.

Who should read this: Developers, product owners and security engineers can use the information to better understand application security threats, adjust their security controls accordingly, and improve their security posture.

The three most common attack types in June:

In June, 95% of applications were targeted by one of these three types during the month.

Exploiting vulnerable versions of Struts 2 continued to be low hanging fruit in June.

CVE-2017-5638 (Struts 2 Input Validation) attacks remained the most prevalent attack on a CVE after two years since being disclosed and the massive attention they received.

CVE-2017-9791 (Struts 2 Input Validation) notably dropped from the top of the list. This Struts 2 CVE made up 47% of CVEs we saw in May, however these attacks fell to almost nonexistent last month.

June saw attacks from 6 continents and 112 countries. While attacks came from all over the world, the overwhelming majority originated in the United States.

The largest increase in volume came from the Netherlands, where we observed a 2x increase in attacks from May to June. 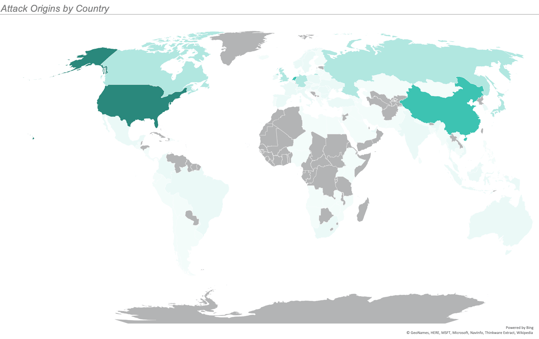 The average length of attack in June was 10 minutes and 13 seconds, up from just under 2 minutes in May.

The vast majority of these attacks were comprised of only one attack vector. 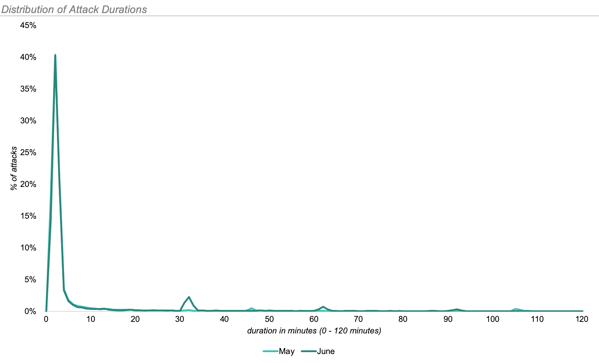 Stoked! The Creative Process of Street Skating and What Open Source Folks Can Learn From It