With Only a Hammer, Everything Looks Like a Security Vulnerability! 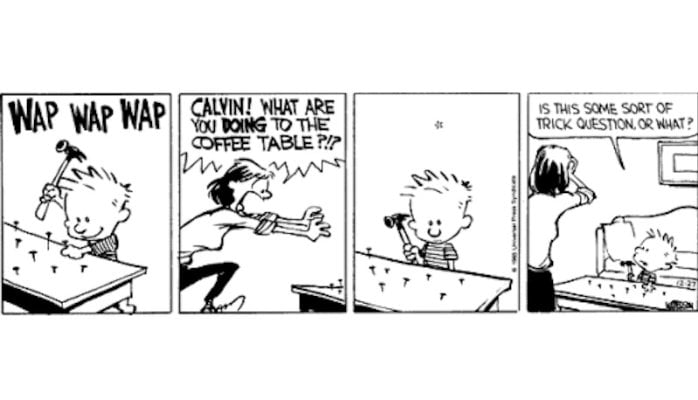 Did you know that most security vulnerabilities are simply the result of failing to use the right security control in the right place?   For example:

Vulnerabilities *are* mistakes with security controls

When we studied the root cause of vulnerabilities across thousands of applications, we discovered something very interesting... 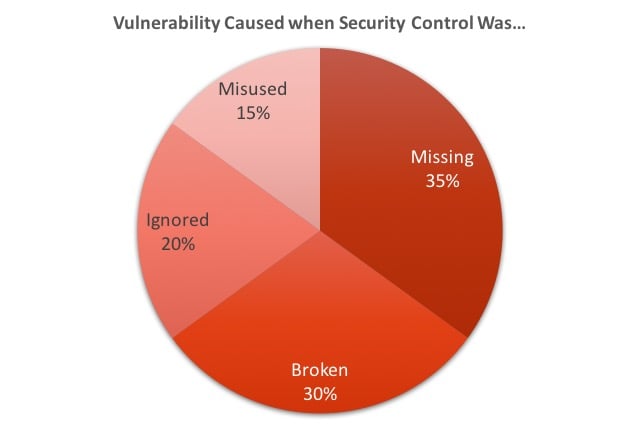 So how does one automatically find these vulnerabilities? Well, what you want to do is look for places in the code that should have these controls, but don't.  The problem is that if you can't see the controls, everything looks like a vulnerability.  This is one reason that tools like static analysis (SAST) tools and dynamic scanners (DAST) have trouble analyzing real applications.  Unless you teach them about all of the custom security controls, they can't tell what's safe and what's not.

There are a few widely used security controls, like Struts Validator, Java Cryptography Extension, ESAPI Encoder, and others. However, the vast majority of security controls are custom written code. There could be dozens or hundreds of these custom methods in a typical application (including all the libraries and frameworks it uses).

If your security vulnerability analysis tool doesn't know about these controls, it will report vulnerabilities that don't exist. You could "teach" your legacy tools about all these controls by creating custom rules, but the process is so complex that most organizations don’t have staff capable of doing it effectively.

The "Security Controls" tab is just one small part of Contrast's easy-to-use security policy management features. Our goal is to provide complete visibility and control of application security across your entire application portfolio.

Once enabled, Contrast's powerful rule engine uses the knowledge of these custom controls to enhance securityvulnerability detection. For example, a custom HTML encoding control might set a "html-encoded" tag on any data that flows through it. When that data flows into a dangerous "trigger" method, such as a method that sends a SQL query to a database, Contrast uses its knowledge of the control to recognize that the wrong escaping method was used and that there is still a real vulnerability.

Automatically identifying custom security controls is just one more way Contrast is advancing the state of the art in security vulnerability analysis.

Try Contrast, free for 14-days and see for yourself how Contrast enables applications to continuously test themselves for vulnerabilities — without experts.

Jeff brings more than 20 years of security leadership experience as co-founder and Chief Technology Officer of Contrast Security. He recently authored the DZone DevSecOps, IAST, and RASP refcards and speaks frequently at conferences including JavaOne (Java Rockstar), BlackHat, QCon, RSA, OWASP, Velocity, and PivotalOne. Jeff is also a founder and major contributor to OWASP, where he served as Global Chairman for 9 years, and created the OWASP Top 10, OWASP Enterprise Security API, OWASP Application Security Verification Standard, XSS Prevention Cheat Sheet, and many more popular open source projects. Jeff has a BA from Virginia, an MA from George Mason, and a JD from Georgetown.
previous post
Jeff Williams Selected as Finalist for the Dark Reading’s Best of Black Hat Innovator Awards
next post
"The DCCC Hacked:  SQL Injection?  Come on."