Our CTO and cofounder Jeff Williams has been selected as one of three finalists for Dark Reading’s Best of Black Hat Most Innovative Thought Leader Award! Individuals selected for this award have demonstrated leadership that impacted other organizations and professionals in the security industry. 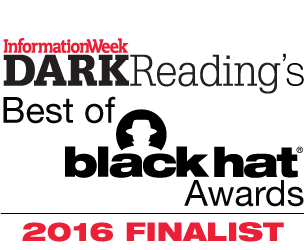 To provide a little background, Jeff brings more than 20 years of security leadership experience to his role at Contrast, with quite the extensive list of innovative accomplishments. Back in the early ‘90s, Jeff started his career doing high assurance work with trusted operating systems. Just a few years later, he wrote the very first security maturity model (SSE-CMM), which is now ISO Standard 21827. What’s more, Jeff was tasked with building a multi-level secure network guard for the U.S. Department of Defense, using Java on Trusted Solaris.

In 2001, Jeff helped start the Open Web Application Security Project (OWASP), also serving as the Global Chair of the OWASP Board for 8 years. During his tenure, Jeff created the OWASP Top 10, among many other widely adopted free and open projects. A year after founding OWASP, Jeff cofounded and became CEO of Aspect Security, a successful and innovative consulting company focused on application security.

Throughout his career, Jeff has trained thousands (yes, thousands!) of developers, architects and managers in application security. In an effort to make security aspirational for developers, Jeff was actively involved in starting the Rugged Software movement, aiming to foster a culture of creating secure and resilient software.

In 2014, Jeff set out to revolutionize application security by cofounding Contrast Security. Contrast changes security from a small, underfunded, undermanned department into an agile, ubiquitous, always-ready, always-on product line that gets applications to protect themselves. With the highest accuracy and best results, naturally.

Here at Contrast, we believe that people are the key to our success – well that and some pretty revolutionary application security technology. It’s thrilling to work alongside an individual as innovative (and, let’s face it, gutsy) as Jeff Williams. Cheers, Jeff – and best of luck!

For more information on Dark Reading’s Best of Black Hat Innovator Awards, to be announced at Black Hat USA 2016 Awards, check out the full announcement via Dark Reading.

Christine’s wide breadth of marketing experience has been focused on driving revenue, building brand recognition, and creating demand-generation programs in technology organizations. For the past 11 years, her deep understanding of marketing principles, coupled with forward thinking, has been instrumental in transforming application security start-ups into successful, profitable companies.
previous post
International hacks, politics and knee-jerk cybersecurity - never a good mix
next post
With Only a Hammer, Everything Looks Like a Security Vulnerability!