Drupal is a PHP-based, fully accessible web content management system (CMS) offered under the terms of the General Public License. A minimum 14% of the top 10,000 websites worldwide and 1.2% of the top 10 million websites — ranging from personal blogs to business, political and government sites — use Drupal as their open-source back-end architecture.

How is Drupal used in industries like banking and the government?

Today, governance has become technological. It is also switching to Drupal because of its flexibility and ability to better support national, state or local missions while bringing down total operating costs. Banks can also rely on the robust features of the Drupal CMS to fuel their online presence. They may use Drupal CMS to digitize their operations by utilizing the expertise of Drupal’s development environments.

Banks may benefit from Drupal to:

How are Drupal and CMS vulnerable to attacks?

The most recent Sucuri research report indicates that attackers are spending more time on detection, and payment card fraudsters are becoming more prevalent in Drupal and WordPress websites. The firm concluded:

Certain contributed or custom modules' forms may be vulnerable to incorrect input validation due to a vulnerability in the form application programming interface (API) of the Drupal base. An attacker could be able to overwrite data or inject forbidden values as a result. Although affected forms are rare, an attacker might change sensitive data in some circumstances.

The Quick Edit module fails to verify entity access correctly in exceptional situations. As a result, users who have the "access in-place editing" permission could then read the content without permission.

There are several security issues inherent to Drupal that require every line of code to be scrutinized against a large number of rules and policies. Since 2002, 231 documented Drupal vulnerabilities have been found via CVE research. Among multiple vulnerabilities, cross-site scripting (XSS) vulnerabilities made up 29% of these flaws, while code execution flaws made up 11.7%. The statistical analysis also revealed bypasses and SQL injection as weaknesses.

Remote code execution (RCE) exploits are among the most severe security flaws that can exist in Drupal. This kind of hack involves an attacker running malicious code on the computer hosting a Drupal installation.

Also, embeds might be shown in the context of the principal domain when using the Media Embed iframe route since the iframe domain option is not correctly validated. This may occasionally result in XSS, cookie leaks or other issues.

How can Contrast SCA help developers remediate these vulnerabilities?

Drupal developers need to consider security, and  Software Composition Analysis (SCA) can help. SCA details which CVEs you have loaded within the module, as well as which files within that module are being used in your system at runtime.

Contrast SCA can help Drupal integrators and administrators find and remediate vulnerabilities within their custom code as well as in the public modules they incorporate, enabling companies to safeguard their software supply chain by shedding light on legitimate risks introduced by  external components throughout the entire software development lifecycle — from code to test to production.

Developers can secure every line of code with the help of Contrast Assess to identify vulnerabilities as they develop their own code. With detailed guidance on remediation and continuous monitoring, Assess can quickly help teams eliminate all risks lurking in their code.

Get in touch with one of our security consultants and schedule a demo today! 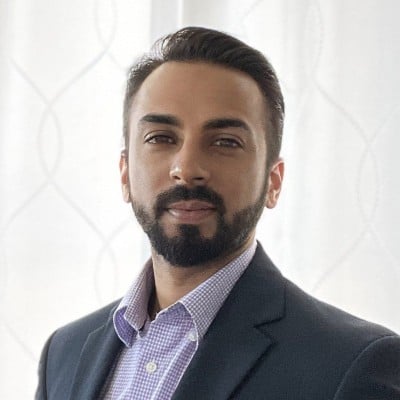 Scaling security with the speed of modern software development