This report summarizes Contrast Labs' analysis of real world application attack and vulnerability data from October 2019. It utilizes data from attacks that Contrast Security observed over the previous months and highlights the key trends found.

The top 5 most prevalent serious vulnerabilities reported in custom code for the first time during October:

Attacks on custom code made up 99% of attacks last month.

The three most common attack types in October:

89% of applications were targeted by one of these three types during the month.

The chart below shows how the percent of applications targeted changed for each attack type month to month.

There were no recorded attacks on CVE-2013-2251 during September. However, these attacks have spiked again, targeting 2% of applications last month. First identified in 2013, CVE-2013-2251 is an improper input validation vulnerability in Apache Struts 2. Make sure that your team is proactive in identifying and blocking these rising attacks over the next month.

The charts below show the percent of applications of attacked, by CVE targeted last month and how this percent changed month to month.

October saw attacks from 127 countries. The greatest number of attacks originated from the United States, India, Canada, the Netherlands, and the Philippines. 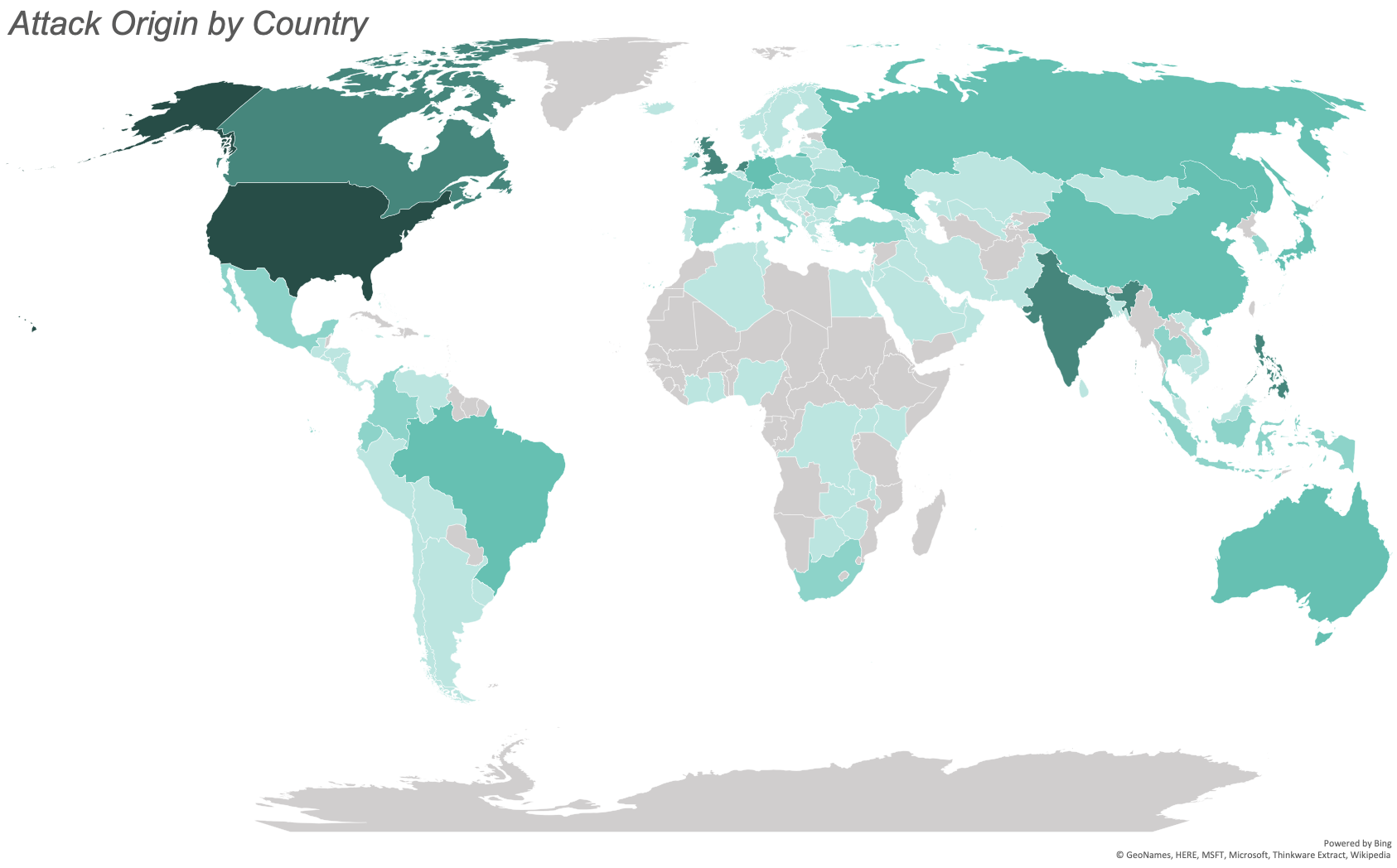