The National Institute of Standards and Technology (NIST) Cybersecurity Framework is relatively new. After President Obama signed an executive order mandating the creation of such a standard in February 2013, a task force worked methodically over the next year before releasing version 1.0 in February 2014. But NIST standards were never intended to be static. Rather, they are designed to adapt to advances in technology and the evolution of the threat landscape. As a result, updates are always in process. Version 1.1 was released in 2018, and the agency is drafting a new round of revisions in 2020.

While organizations seek to secure their applications and address compliance, two notable quotes appear directly in these two NIST 800-53 standards:

The addition of these requirements by NIST is a recognition that security instrumentation is critical to assessing the security risk of specific software vulnerabilities. Additionally, instrumentation empowers developers to build and release secured applications that are protected from errors or malicious activity—all while removing code halt delays for manual line-by-line security testing. This, of course, increases the speed and volume of release cycles. Overall, an AppSec approach using instrumentation makes applications more resilient to cyberattacks, limits the damage that attacks can inflict, and protects the security and privacy of sensitive information.

IAST solutions have proven their value for organizations looking to:

RASP technology has enabled companies to:

NIST As Influencer for other standards

The NIST Cybersecurity Framework is quickly becoming the default standard used in the public and private sectors in the United States. All U.S. federal government agencies are now mandated to comply with NIST, and many state, local, territorial, and tribal governments have followed suit. In the private sector, it is projected that 50% of U.S. organizations will be following the NIST framework by the end of this year.

Partly as a result of this wide adoption, these new NIST requirements will be very influential as a baseline for other industry security standards. As a result, organizations that rely on other standards such as the North American Electric Reliability Corporation (NERC), the Federal Information Security Management Act of 2002 (FISMA), or the Federal Risk and Authorization Management Program (FedRAMP) can expect those frameworks to add IAST and RASP requirements in the near future. Fortunately, companies that must comply with Payment Card Industry (PCI) standards may have a head start, as both the Data Security Standard (PCI DSS) and the new Software Security Framework (PCI SSF) already discuss both IAST and RASP instrumentation.

Notably, the new NIST 800-53 guidelines point to security instrumentation because of its DevOps-native ability to detect vulnerabilities and to differentiate attacks from unsuccessful attack attempts. At the same time, instrumentation helps identify the exact moment an attack can impact code and application reliability, helping AppSec teams to prioritize response. Without it, AppSec teams can quickly be overwhelmed by alert noise generated by the 500 cyber threats that  emerge every minute, missing damaging attacks while combing through false positives and low-risk alerts.

These new standards are a recognition that legacy AppSec tools and processes are simply not getting the job done in today’s fast-moving threat landscape. Alert noise threatens to hamper the remediation of truly risky vulnerabilities, while slow, line-by-line approaches to vulnerability scanning can significantly lengthen time to market. Now that NIST has provided guidance through its revised 800-53 standards, organizations should adopt them as soon as possible.

As a single instrumented platform offering or as separate instrumented solutions, NIST-compliant Contrast solutions save security and DevOps teams significant time by speeding up the rollout of software releases due to embedded and integrated security instrumentation. This enables development teams to:

Development teams simply do not have the bandwidth to gain deep security expertise or manage security-related workflows while also performing the accelerated continuous integration/continuous deployment (CI/CD) that they are paid to do. As a result, instrumentation-based security unleashes developer productivity by:

Implementing the new NIST 800-53 requirements for IAST and RASP technology can certainly help an organization’s compliance audits to go well. But the benefits go far beyond compliance. Developers will be empowered to work efficiently, meet aggressive timelines, and deliver secure applications in production. AppSec teams will be less overwhelmed by alert noise and freed up to focus on vulnerabilities that actually pose risk to their organization. 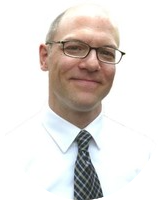 Derek represents the Contrast Protect (RASP) solution at Contrast Security. Derek has observed the evolution of security technologies and the threat landscape throughout this past decade as a senior member of the Symantec Security Response STAR Enterprise team protecting the F500 across important verticals like Finance, Healthcare, and Telecommunications and Internet. He has also matched SMBs and SOCs with Managed Security Services (MDR, Managed EDR, and Intel) to help the modern business find the best threat protection, detection, and alerting security solutions for every environment.