Today, Contrast Security announced that we are joining in a strategic partnership and development agreement with In-Q-Tel (IQT), the not-for-profit strategic investor that identifies and accelerates the development and delivery of innovative technology solutions to support the mission of the U.S. government agencies that keep our nation safe. This is exciting news for Contrast Security because it supports Application Security Testing as a key focus for IQT's partners in the U.S. intelligence community and the need for self-protecting software to reduce application vulnerabilities.

Our strategic partnership and development agreement with IQT is a major milestone for Contrast Security and will help accelerate the delivery of application security solutions. Together, we can support U.S. government agencies and ensure that the nation’s government software applications are continuously and securely protected from cyberattacks. 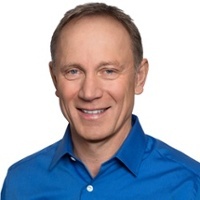 Alan Naumann is the President, Chairman of the Board and CEO at Contrast Security. Alan hails from Minnesota and received a B.S. in computer engineering, graduating with honors and distinction from Iowa State University. Prior to joining Contrast in 2016, Alan served as the chief executive officer at 41st Parameter Inc. (a Kleiner-Perkins backed company) up to its successful acquisition by Experian. Alan has also served as the chief executive officer of CoWare, Inc. (a Greylock backed company) until its acquisition by Synopsys. He has more than 25 years of technology management experience in the cybersecurity, ecommerce, and computer industries. Mr. Naumann previously served as an executive at Calico Commerce, Cadence Design Systems, and Hewlett-Packard. He currently serves as a member of the Advisory Board for Innovation, Creativity, and Entrepreneurial Studies at Wake Forest University.
previous post
CVE-2018-11776 Struts2
next post
Contrast Security is Fully Compatible with Amazon Corretto