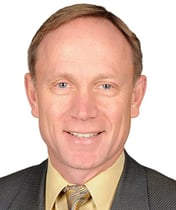 Palo Alto, Calif. – February 25, 2016 - Contrast Security, the next generation leader in finding vulnerabilities and blocking attacks on software applications, has appointed cyber security and enterprise software executive Alan Naumann as the company’s Chief Executive Officer and Board Chairman. Bruce Fram, who has served as Contrast CEO from its inception in 2014, will continue to serve Contrast on its Advisory Board.

Experience to Grow to Enterprise Scale

Alan brings an impressive history of proven success in scaling technology companies at every stage of growth, with particular focus and deep expertise in cyber security and leading Silicon Valley-based software organizations. “Alan is uniquely suited and qualified to take Contrast to the next level,” said Contrast Security co-founder and CTO Jeff Williams. “We’ve proven Contrast’s technology works with thousands of enterprise applications. With Alan’s leadership and experience, we will continue to grow Contrast into a truly world-class cyber security company.”

Alan has been part of several big successes, including both Hewlett-Packard and his executive roles at Cadence. Most recently, Alan was President & CEO of Kleiner Perkins and Norwest Ventures-backed online fraud detection company, 41st Parameter, which was acquired by Experian for $324MM. Alan has specialized in:

“I’m excited by the opportunity to take Contrast Security to the next level,” said Naumann. “2015 was a breakthrough year for Contrast. The company experienced phenomenal growth in new customers, employee headcount, and revenue. Contrast also introduced RASP (Runtime Application Self-Protection) technology. In addition, Contrast’s IAST (Interactive Application Security Testing) product revealed a huge competitive advantage in the industry’s widely publicized application vulnerability benchmark. My focus for 2016 and beyond is to build on these successes, and to create the team and infrastructure to further accelerate our global growth.”