The saying that “every company is a software company” has never been more apropos. With the onset of COVID-19, we have witnessed an acceleration in the digital transformation already taking place. More code is now being written and deployed, at a faster pace than ever before.

This new normal allows businesses, customers, partners, and employees around the globe to stay connected and stay afloat. However, this increased focus on application development and faster release cycles also provides malicious actors with more and bigger targets. Over the previous six months, Contrast Labs has seen higher than average rates of applications with vulnerabilities (as compared to the May 2019–June 2020 metrics reported in Contrast’s 2020 Application Security Observability Report), and even more alarming, applications with serious vulnerabilities (Figure 1). The same trend can be seen on the attack front, where three of the top five vulnerability targets were hit in a larger percentage of applications than in the previous 12 months. 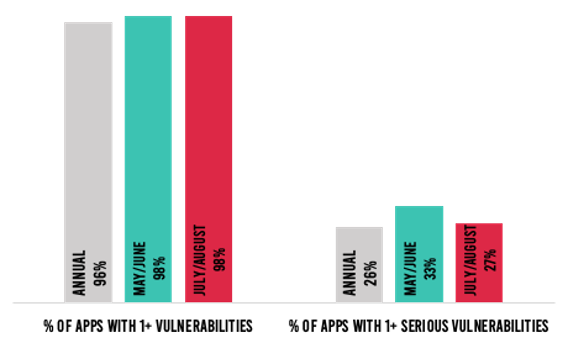 Hopefully, these downward trends are a sign that many organizations are starting to adapt to the current landscape and are prioritizing the remediation of vulnerabilities with the greatest likelihood to deleteriously impact their businesses.

Attacks on Java and .NET Applications Were Up

Overall attack volumes declined in July–August, down from 9,008 in May–June to 8,346 in July–August. This trend was reverse for Java and .NET applications where attacks were up, experiencing a 4% and 42% surge, respectively. In the case of Java applications, they saw greater than a 2% increase in the likelihood of being attacked by the top five most common vulnerabilities. 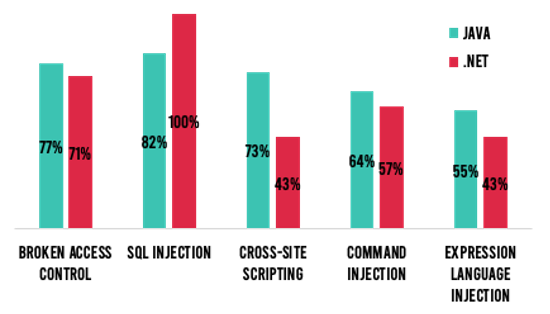 Figure 2: Percent of applications with attacks targeting the top 5 most common vulnerabilities in July-August.

Taking a step back, there is some good news on the attack front. The percent of attacks that were viable—namely, those targeting an existing vulnerability within the intended vulnerability—was the lowest it has been in 2020 (Figure 3). 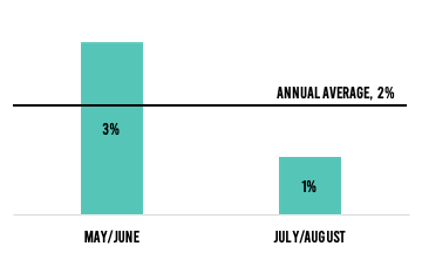 Figure 3: Percent of that were viable.

While growing numbers of organizations stabilized operations in July–August, software vulnerabilities and attacks continue to plague applications. The following are some of the top takeaways in the bimonthly report for readers:

Security, development, and operational teams can find additional metrics and trends about the current risk landscape in Contrast Labs’ July–August Application Security Intelligence Report. Combining this knowledge with their internal data, as well as other industry reports, enables teams to bolster their application security efforts while lowering the related risks.

For the entire report, readers can download a copy today or listen to the Inside AppSec Podcast interview with Contrast’s CISO David Lindner and me.

Katharine brings a wide range of analyst experience to Contrast. She has a history of devouring large data sets to discover knowledge and produce compelling narratives for a wide range of audiences. She is focused on using data to help tell Contrast’s story. Before joining the Contrast team, Katharine worked as an analyst, consultant, and project manager in both the private and non-profit sectors.
previous post
Contrast’s Cloud Native Security Innovation Center Secures Next-generation Cloud Application Architecture
next post
95% of Organizations Admit To at Least One Successful Application Exploit in Past Year