Kotlin — which originated in 2010 at JetBrains and has been open source since the year 2012 — is a statically typed programming language that runs on the Java Virtual Machine (JVM) and Android and the browser.

The appeal of Kotlin is that it gives you the ability to essentially create a web app with one language on both front and back end.

Here are some unique qualities of Kotlin:

Interoperability  — Kotlin is designed with Java interoperability in mind: It can effectively call existing Java code. In many applications, Kotlin and Java are used interchangeably and, as well, coexist.

Readability — Developing software is a complex process. It requires a variety of tasks, including coding, designing and testing. Kotlin has taken a lot of boilerplate code away from developers and put it into classes, which leads to more concise code.

NullSafety — One of the most common pitfalls in many programming languages, including Java, is that accessing a member of a null reference will result in a null reference exception. In Java this would be the equivalent of a NullPointerException, or an NPE for short. Kotlin’s type system aims to eliminate the danger of null references: what have been referred to as The Billion Dollar Mistake.

Generics — Generics can be confusing, even to a developer. Kotlin has improved upon Java: For instance, there is no relation between Car<Int> and Car<Number>, Car<Unique> or Car<Nothing>. This prevents a possible runtime failure, which is one of the issues faced in Java.

Exceptions — Java has a unique concept of checked exceptions that were designed to solve the problem of error-prone error-handling. Kotlin eliminated that problem by assigning every checked exception with a message, stack trace, and an optional cause that extends the same Throwable class.

Singletons — A singleton class is a class that can have only one object (an instance of the class) at a time. In Java, a singleton class is made by making a class named Singleton. But in Kotlin, singleton is made with an object declaration, including companion object. The object class can have functions, properties and the init method.

In short, Kotlin has come a long way, even if it is still in the early stage of version 1.6. Kotlin code is both safer and more concise than Java code, and it does away with the need for a lot of boilerplate code. Kotlin is not just useful for new apps; its files can also coexist with Java files, even for existing applications.

Kotlin is just getting started. Don’t ignore it!

Contrast Security certainly hasn’t. Given all the Kotlin goodness outlined  above, there are plenty of  reasons to  consider application security testing that’s tuned and optimized for the language. Despite capabilities designed in Kotlin to prevent application developers from getting into trouble, security bugs — including injection vulnerabilities, misconfigurations and other issues that could potentially lead to exploit — will inevitably get into code. Finding and fixing these security risks early in the development cycle is critical.

In order to find and fix those issues, Contrast has provided the first instrumented — inside out — solution for detecting vulnerabilities in Kotlin applications, expanding Contrast’s application security platform capabilities to cover this valuable language and to ease the work of those who use it. Contrast’s new Kotlin offering enables AppSec & dev teams to instrument and thus test Kotlin apps during runtime, with higher accuracy and reduced manual intervention. 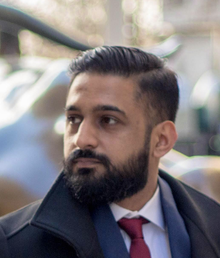 Utsav Maheswari has been building JVM products throughout his decade-long career. He is passionate about Java, Scala, Kotlin and Security products and now leads JVM agent in Contrast.