So, now we have a federal CISO, Brigadier General [Retired] Gregory J. Touhill, as part of the Office of Management and Budget (OMB.) But, what does that really mean? 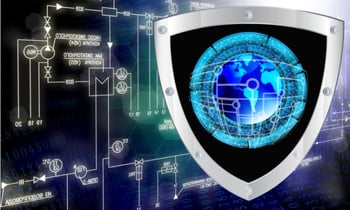 We have had a series of leaders who have played a similar role over the years. Do you remember our first “Cyber Czar,” Richard Clarke? Clarke later wrote a book called “Cyber War: The Next Threat to National Security and What to Do About It.” The George W. Bush administration had a whole series of short-term appointments, underscoring the difficulty of this role. Some other appointments include Rod Beckstrom, who became head of the National Cybersecurity Center and Howard Schmidt, who served as the White House Office of Cybersecurity Coordinator.

I think it’s great that we once again have someone with the responsibility to tackle cybersecurity for the country. Having a leader means there’s now a single person to fire when something goes wrong. Hopefully that means he’s motivated to get organized about protecting our nation’s information infrastructure. But it’s also possible (likely?) that this is yet another short-term appointment that makes it feel like we are doing something--anything--without ever making any real progress.

This article first appeared as a guest blog post for TechCrunch. Click here to read the rest >>

Jeff brings more than 20 years of security leadership experience as co-founder and Chief Technology Officer of Contrast. Previously, Jeff was co-founder and CEO of Aspect Security, a successful and innovative application security consulting company acquired by Ernst & Young. Jeff is also a founder and major contributor to OWASP, where he served as the Chair of the OWASP Board for 8 years.
previous post
Application Security: How Microsoft’s Chairman is Fighting Hackers
next post
TechTarget: "Getting runtime application self-protection launched"